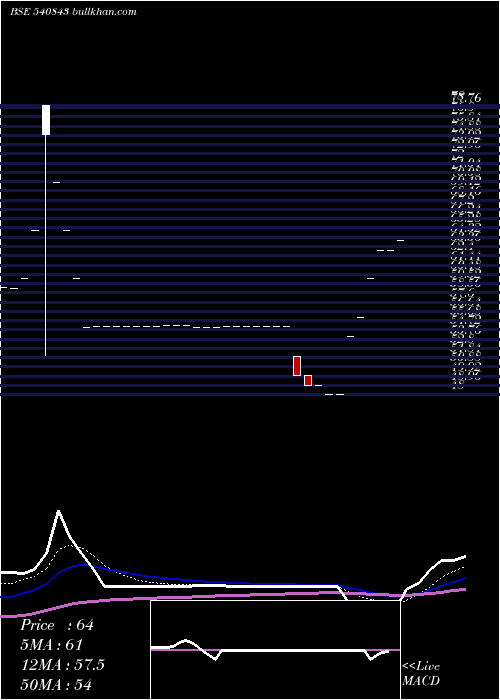 Weekly price and volumes for Rithwikfms 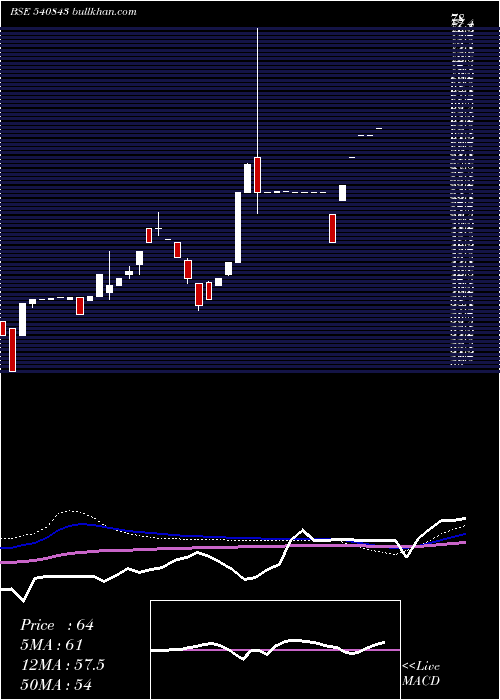 Tomorrow's movement Prediction of Rithwikfms 540843 is bullish. The stock is trading above weekly resistance and downside can only be expected once it trades below 60

Price action analysis of Rithwikfms (540843) based on a short term time period is definitely negative. This means that there is a strong downtrend in the stock for given time period. Sellers are extremely active on this stock.

MACD generated a BUY signal for Rithwikfms in short term and the buy signal is strong.

Rithwikfms Stock is trading near its recent HIGHS, which reflects strong buying momentum in short term! Bulls are getting tired and bears are picking up momentum.

CCI has generated a SELL signal for Rithwikfms in short term

Stock of Rithwikfms is picking up buying momentum according to indicator.

Volume Weighted Averaged Price (VWAP) for short term is 52.13 and Rithwikfms 540843 stock is trading above this level. This is a good sign for the stock and it could move higher. VWAP is rising upwards.

Rithwikfms Stock is giving positive returns over a short term period. Returns for a longer term period have been positive